The first blog I ever posted was January 30, 2007. The topic of that post was cleat position for cycling shoes. A few months prior to writing that I had started placing my cleats in the arch area of my shoes based on the suggestion of an interesting and creative acquaintance – Goetz Heine. Subsequently I discovered over a few weeks that my Efficiency Factor (normalized power divided by heart rate) was higher when using a midsole cleat compared with the traditional position at the ball of the foot. That basically meant I could ride faster at the same heart rates than when using a ball-of-the-foot cleat position. Here’s a picture of what my first pair of modified shoes looked like back then. As you can tell it was a pretty sloppy job. I just drilled two holes in the measured midpoint of an old pair of shoes and attached SPD cleats. That, of course, required using a mountain bike-type pedal which includes a few that are designed for road shoes. Of course, the reason I used a 2-bolt cleat was that the shoe’s arch area wasn’t wide enough for 3 bolts. 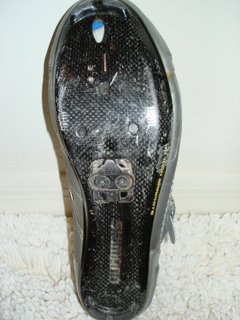 A few years after that I tried mounting my cleats forward in the traditional position just to see what would happen. It lasted only a couple of weeks as I felt weak, especially when climbing. And my EF went back down – quite a bit down. Of course, I’m sure I would have eventually adapted back to that standard position if I had just hung in there long enough with the forefoot cleat. But I didn’t see any upside to that. I’ve been using midsoles ever since.

Shortly thereafter I had Don Lamson make custom cycling shoes for me with a midsole cleat. He’s been making my shoes like that since 2007. Until recently they also had to be 2-bolt midsoles as there still wasn’t room for a wider three-bolt cleat. Now that’s changed as he’s got a new last. He just made a beautiful pair for me that are wide enough in the arch area to accommodate a Look-type cleat. 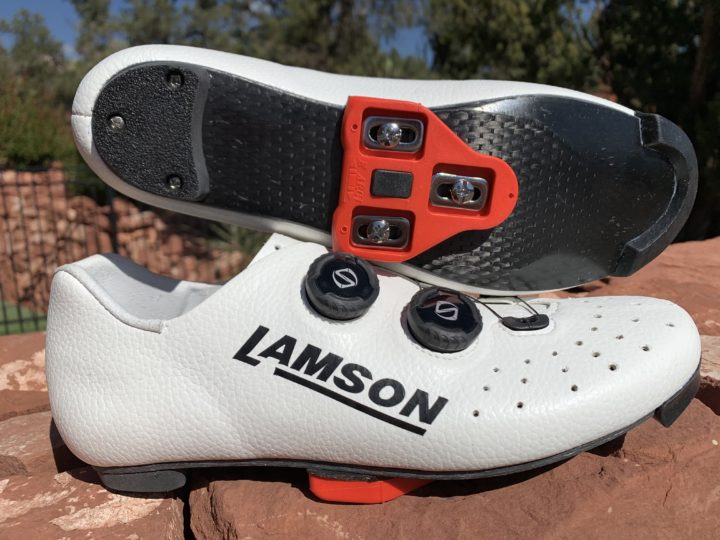 Don Lamson’s shoes are still excellent. Never had any better and I’ve been riding for more than 40 years having used a lot of shoes. The new Lamsons you see pictured here fit like a glove with custom orthotics and are even greater quality than the ones I got before. They certainly aren’t cheap, but when you ride every day want the highest quality and the best fit possible you have to pay for it. To check out his custom shoes go here.

In my next post I’ll go into how changing to a 3-bolt cleat led to using a different type of power meter. This is one technology in which the prices are coming down.